when we got to rochester, it was cold and dark. but though the drive was long, it was fairly uneventful. arrived at the venue for load-in, even though no one was there. it was a bit scary til the soundguy came, but he was great. soundcheck went well, very fast and no real problems. the opening band showed up (silent auction) and they were cool. we left for dinner, which was amazing...vegetarian chili and some sweet falafel. we did really well there, i was impressed. so far the food on this tour has been pretty top notch. i hope things in europe will be as smooth as this.

so we missed a bit of the set from silent auction, but what we heard was good. i think this venue had one of the tiniest dressing rooms...essentially a closet. it's always nice to share a dressing room with cleaning equipment. but we got dressed, had to go long sleeve for the cold weather, and hit the stage. everything went pretty well, but the venue had left these tables in front of the stage, so people were sort of sitting there watching us. so during 'nothing greater', aaron and i ran out and played from in the crowd. i did a dive roll over a table, trying to get people to stand up and move towards the front, which luckily they did.

the set went well, the only technical hurdle was when i collapsed on stage, and my wireless transmitter popped off the guitar. that was a pretty quick fix though. i think we played a bit tighter, and a little more aggressively than in richmond. everything went as well as could be expected, and i think we sounded pretty great. i'm definitely feeling confident about holding our own when we get to europe.

after the show we took a lot of pictures, signed a ton of autographs (met some awesome people who drove down from canada!!), then rounded up all the people left in the venue and headed over to a club called vertex for the afterparty. it wasn't packed, but given that it's a wednesday night, no one seemed too surprised. we drank our body weight in alcohol, and hung out with everyone, it was a blast. then we went two blocks to our hotel, which was totally sweet. unfortunately no internet there...couldn't get good enough signal strength. oh well. crashed pretty hard, as expected, but not too bad.

we want to thank all our new friends in rochester: nancy (promoter), josh (sound), mary, danny, dean, terri and silent auction, jessica and rabbit, cedric, all the folks at california brew haus, all the folks at vertex, and everyone else we may have met and whose names we may have forgotten (well, we did drink a lot). you guys rock!! 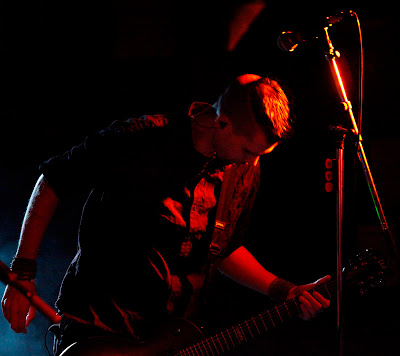 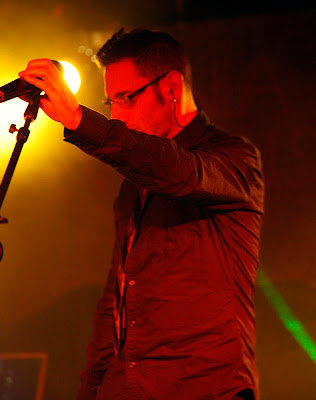 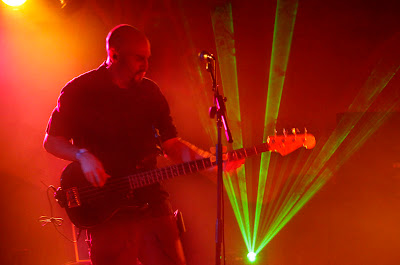